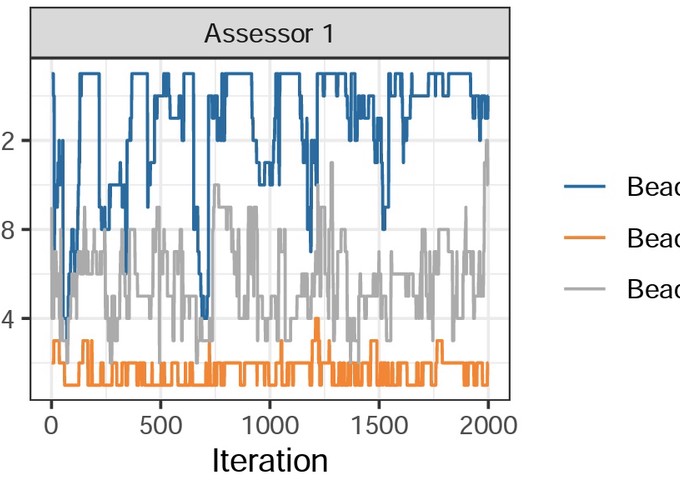 An implementation of the Bayesian version of the Mallows rank model. Both Cayley, footrule, Hamming, Kendall, Spearman, and Ulam distances are supported in the models. The rank data to be analyzed can be in the form of complete rankings, top-k rankings, partially missing rankings, as well as consistent and inconsistent pairwise preferences. Several functions for plotting and studying the posterior distributions of parameters are provided. The package also provides functions for estimating the partition function (normalizing constant) of the Mallows rank model, both with the importance sampling algorithm of Vitelli et al. and asymptotic approximation with the IPFP algorithm.